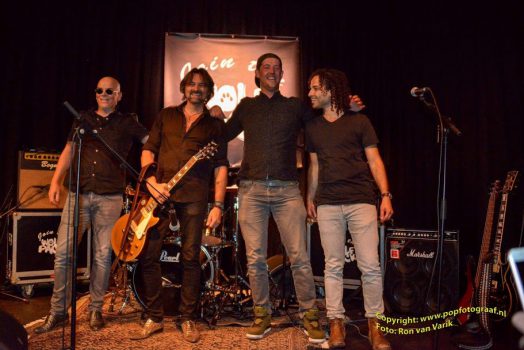 Join The Wolfpack, the razor sharp band that rocks! A stunning, highly energetic rock band with soul from head to toe and a style and stage presence that is unrivaled.

Join The Wolfpack consists of four seasoned musicians, performing rock music from the legendary bands and artists from the sixties to present; created in new arrangements and also perform their own compositions. The sound Join The Wolfpack is influenced by many legendary artists and bands, with a groove and the feel of rock ‘n’ roll!

These guys have played in venues all over Europe, and also joined various well-known artists on stage.

Come see and hear Join The Wolfpack, feel the rocking music deeply into your soul! A Must See And Hear!