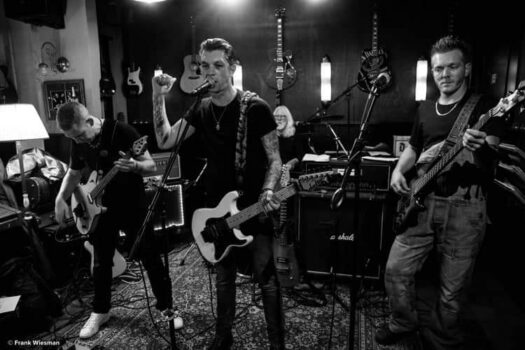 Officially created in 2008 and went through a few band changes.
The formation has not changed since 2016 and turns out to be a golden formation.

Crazyhabits won the program the hit in 2014. Crazyhabits composed the song Angel Sky for the band (will and the people) from England.
In 2017 they gave a concert in the Melkweg Amsterdam.